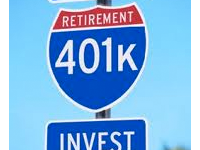 The Roth 401(k) was waiting in the wings since 2001, when it was authorized by the Economic Growth and Tax Relief Reconciliation Act (EGTRRA). But the law delayed its introduction until 2006, when it was made permanent.

The Roth 401(k) has features that may be attractive to you, depending on your current income tax rate, future income expectations, the number of years you have to save, and what you estimate your tax rate will be in retirement.

A look at the rules governing Roth 401(k) plans may help you decide whether they would work to your advantage.

The tax treatment of the Roth 401(k) plan is basically the same as that of the Roth IRA. Both accept contributions made with after-tax dollars and both allow tax-free withdrawals beginning at age 59½, provided contributions began at least five years earlier.

On the other hand, the Roth 401(k) has one drawback compared with the Roth IRA among people who do not want to be required to take money out of their account. Unlike the Roth IRA, which has no minimum distribution requirements, minimum distributions from a Roth 401(k) generally must begin in the year after the participant turns age 70½. However, the assets in a Roth 401(k) can be rolled into a Roth IRA if the employee retires or leaves the company, which would eliminate this requirement.

Given the rules, the Roth 401(k) could potentially be appealing to workers who expect to be in a higher tax bracket after retirement or who have many years to continue saving before retirement. It may also be of interest to higher-paid workers who have been precluded from contributing to the Roth IRA because of income restrictions. The Roth option may not be as attractive to someone nearing retirement and expecting to need to tap his or her nest egg soon.

Without doubt, there's much to weigh in determining whether a Roth 401(k) may be right in your situation, and you may welcome the advice of a trusted financial professional as you assess this option in relation to your retirement plan.

February 2011 — This column is provided through the Financial Planning Association, the membership organization for the financial planning community, and is brought to you by Stephen Rimmer, Certified Financial Planner,™, a local member of FPA. 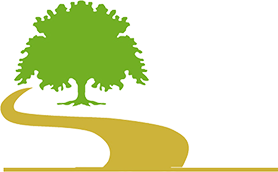